Vietnamese clothing and its evolution over time are the most vivid witnesses of the ability of Vietnamese people to adapt to a living and working environment. They are also the markers of a strong awareness of cultural belonging.

From the dawn of their civilization, dresses have become a familiar dress for women of many ethnicities, to adapt to a very hot and humid climate and to be comfortable in their country work. The Muong women of North Vietnam still wear their long traditional tunics full of charm on many occasions.

Vietnamese clothing in the north

Vietnamese women, after several periods of renovation, especially since the 18th century, now have their traditional dress that highlights their beauty traits known worldwide as ao dai. This tunic is not at all a new creation, but a renovation of the four-sided tunics “ao tu than” very dear to Vietnamese women for thousands of years.

The “Ao yem” or bodice of a particularly Vietnamese rose (often called “lotus flower rose”) often worn with the ao tu than is also the most resistant piece to changes over time.

In addition, the name and colors of the clothes are other distinctive signs of the clothing identity, and therefore of the Vietnamese cultural identity.

Men’s clothing in North Vietnam is often brown or brown in color, while underwear is discreetly concealed in bright colors. The inhabitants of South Vietnam and the Mekong Delta prefer black colors, those of the Center of the country wear purple clothes instead.

Vietnamese clothing in the south

The black “ao ba ba” garment of southern women is “as simple as their character or way of life,” as Vietnamese poets say.

The 1930s saw a great movement to renovate Vietnamese women’s tunics. As a result, the “ao dai” was born, with the very active role of two painters from the College of Fine Arts of Indochina. The “ao dai” inherited the quintessence of traditional clothing that mainly ensure discretion, while assimilating elements borrowed from the West, such as simplicity.

This success has helped him survive over time to the point where he now becomes exemplary and representative of Vietnam’s traditional clothes. Over the past twenty years, while Western-style clothing continues to influence Vietnamese clothing, women a priori still wear their traditional clothes on special occasions.

At weddings in Vietnam, for example, if the groom is dressed in a jacket, the bride always wears a traditional tunic of red or pink colour, especially when the couple appears before the altar of the ancestors. The white European-style dress is worn at the wedding banquet. Traditionally, the colour white is considered the sign of mourning in Vietnam.

Regarding the Vietnamese clothes of the upper classes of yesteryear, it can be noticed that they are not very different from Chinese costumes. For example, the intellectual class, mandarins, and Confucianists wore ceremonial clothing: white pants, a long tunic buttoned on the sides, long hair tied, turbans, and slippers. The ceremonial costume of middle-class men and women was a long black tunic and black pants.

Clothing in Vietnam changed as history develops. Until today, the tunics of the Vietnamese woman are influenced by new cultures, they begin to be inspired by European fashion and tend to become more beautiful and refined compared to the previous century. 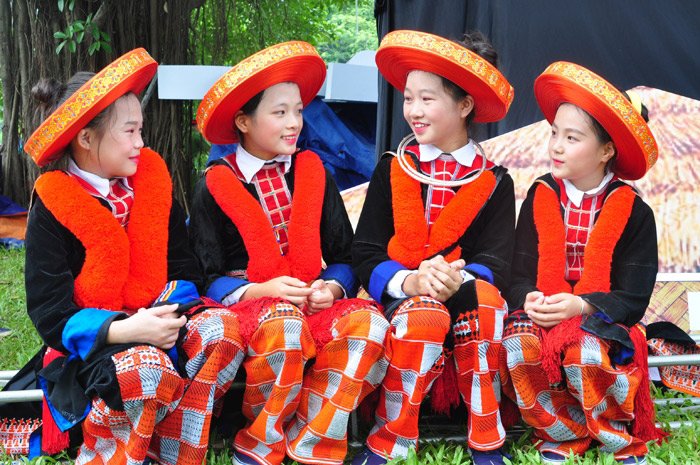 For a trip to the north of Vietnam, leaving the plains for the mountain roads, more than once, one will glimpse with great astonishment and satisfaction, even outside the festive days, colours and costume models very varied women of Vietnamese ethnicities. These exotic colours are touches of the charm of mountainous regions and will certainly be an exciting topic during your discovery. If you do not have time for long stays in the mountains, visiting the Museum of Ethnography of Vietnam or the Museum of Vietnamese Women in Hanoi will also allow you to contemplate the pretty costumes of the various Vietnamese ethnic groups. 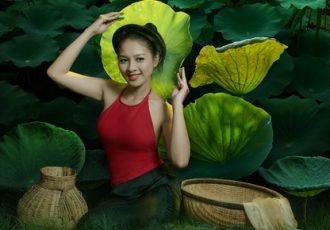 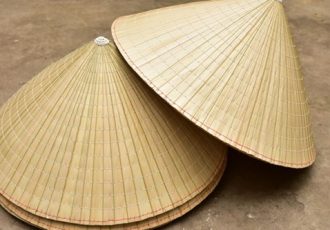 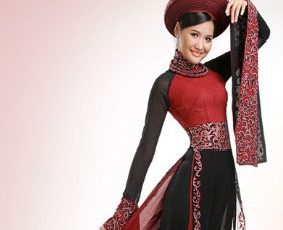