The legend of Banh Chung

The sixth king Hung had twenty sons. But when the time came to pass on the sceptre, the sovereign found himself in a quandary: which of his children should succeed him? The future king had to be capable of ruling with justice and intelligence. So he decided to put his sons to the test, summoned all twenty of them and said: “My sons, go out into the wide world and look around you. Whoever brings back from his journey the recipe for the best dish, that one will ascend the throne after me!” Thus was born Banh Chung (Chung Cake).

The princes set out on their way, accompanied by an escort corresponding to their age and position.

Only the sixteenth Prince Lang Lieu, whose mother had died just after birth, had no advisor(s) or servant(s). When he saw his brothers, more favoured than him, go on horseback to the four corners of the horizon, he sighed “Ah, how I wish I could answer my father’s wish! But I don’t even have a mount. What am I going to do?”

That same night, a good genius appeared to him in a dream and said to him: “I know your loneliness, as well as the worry that weighs on your young heart. Since you do not covet the crown, but simply desire to grant your father’s wish, I will help you. Why go so far when there is nothing more precious than rice, which has nourished our country since time immemorial? Take sticky rice, wash it in clear water and steam it. When it is done, form two cakes: The first will be round. He will evoke the celestial vault and will give thanks to Heaven for the benefits he has granted to men. The second square will represent the earth that feeds all living beings. Tote – both of a filling made from beans and minced meat, fat and lean mixed. Do not forget to adjust the lard and onion to it. Wrap everything in green banana leaves, which you will hold with young bamboos, and steam one day and one night!”

Lang Luu woke up. He thought for a long time about this strange dream. He went to his old nurse and told her everything. “It was the voice of heaven, and you must obey it” said the old woman. Encouraged by her words, he set to work. It was at that very moment that the deadline granted by the king expired. From all corners of the earth, the other princes returned. Their servants carried on silver trays many unknown dishes, foreign specialities, exotic fruits… The whole palace was filled with sweet smells. Lang Lieu stayed behind with his cakes, no one paying any attention to him. One by one, the princes read out their recipes. They were all strange names and unknown expressions. Then the king and his advisors tasted all the dishes presented, one after the other. The more the king tasted, the more his brow furrowed as the decision became more and more difficult. In the end, Prince Lang Lieu offered his cakes to his father. The king took a mouthful and the exquisite flavour flattered his palate, while his eyes gazed with pleasure at the shape of the cakes, symbols of Heaven and Earth.

“My dear sons,” declared the sovereign in a firm voice despite his emotion. I can’t blame any of you: All of you have brought me delicious food. Say month, how will you prepare these dishes when you have exhausted the vegetables, spices, fruits, and rare fish that we do not find here? Lang Lieu cakes are not only exquisite but they are made of rice, beans, and pork, and ingredients that are not lacking in our country. Moreover, far from thinking, only in the belly, he gave his cakes a shape that will always remind us of the gratuitousness we owe to Heaven and earth”.

When that speech was over, Lang Lieu bowed deeply and said, “I am happier than I can say about the immense honour you do me, Father, but I have no right to accept such a favour. And he told the king all his dream: “I see in this dream the proof of the will of Heaven, and I know now that he will assist you in the task!”

But before naming Lang Lieu in his place, the king ordered the cake recipe to be made known throughout the country. The round cake took the name of Banh Day, the square cake that of Banh Chung.

Since then, throughout Vietnam, these filled rice cakes have been eaten to celebrate Tet, or New Year. 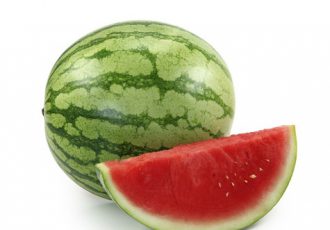 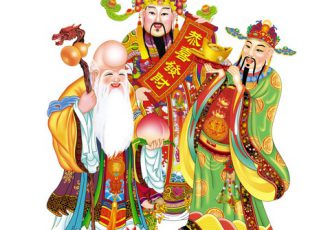