What is Water Puppetry?

The water puppetry in Vietnam is a unique tradition in the world: Mua Roi Nuoc.

It is a remarkable and very popular stage art in Vietnam. It is the art form attached to the figure of the peasant who is immersed in water and mud all day long to cultivate rice. On the surface of the water, a theatre (with two levels) called “thuy dinh” is raised, the upper level is reserved for the worship of the Patron Saint and the lower level serves as a backstage.

Water puppet show and its varieties

There are two kinds of backdrops in King Nuoc, one above the water, behind a curtain, to hide the manipulators, and the other in the water to hide the technical equipment (pole, strings and pulleys). The surface of the pond is the stage for the puppets; the spectators stand on the edge.

The water puppet show consists of a succession of scenes from everyday life as well as legends explaining the origins of various natural and social phenomena, from the formation of lakes to the formation of states. One memorable scene depicts the cultivation of rice, where the growth of rice resembles a time-lapse film and the harvesting scenes are both frenetic and graceful. Another painting, depicting the battle between a fisherman and his prey, is so realistic that the fish seems to be alive. There are also fire-breathing dragons (fireworks), a chase between a jaguar, a flock of ducks and their keeper, and a boy playing the flute on the back of a buffalo…

Each water puppet show is a joyful spectacle in which humour and humanism are mixed. The hard life in the rice fields has never deprived the peasants of their joy of living nor of their optimistic smiles. It is still this smile that we meet today, on the roads of Vietnam.

The show, with songs, music and firecracker explosions highlighting the high points of these enchanting stories, is entertaining and the water wonderfully enhances the plot, allowing the puppets to appear and disappear as if by magic… 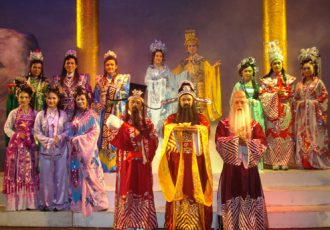 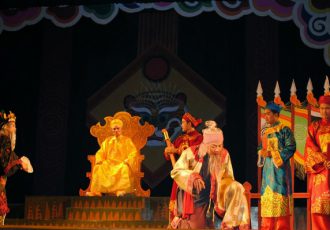 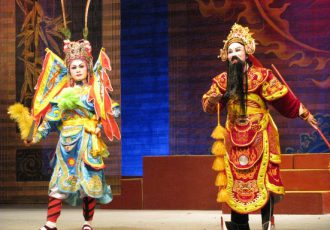