Southern Laos into the Wild 6 days

The spirit of travel:

This 6-day circuit, Southern Laos into Wild  will discover the essentials of this part of the country will be an opportunity for you to immerse yourself in Lao culture. After this tour you will undoubtedly leave with wonderful memories. 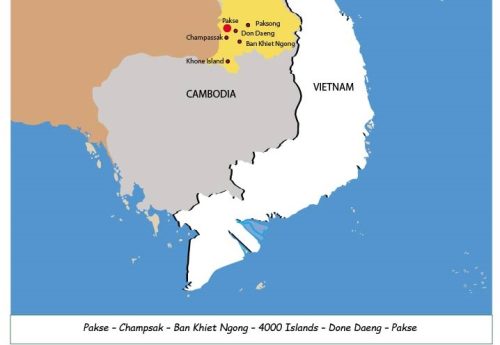 Upon arrival at the airport, we will head east to Pakse and the Bolaven Plateau. The Bolaven Plateau is known for its colder temperature as it is located above the Mekong Valley. We will stop at a tea plantation, followed by a stop at Tad Fan, a scenic waterfall. The last stop will be at a coffee plantation before arriving at your destination for the evening. Overnight at Bolaven Plateau.

After breakfast we will leave to explore the coffee plantations of the Bolaven Plateau. Your guide will pick you up at 8am to start this day. After a transfer by jeep which can be a little bumpy during the rainy season (June to October) we will arrive at the coffee plantation around 10:30 am. You will start with a 30-minute tour of the plantation by the owner Mr Khamsone, you will learn the different steps to make several kinds of coffee. Then we will leave for a trek through the plantations to one of the caves of the region where the inhabitants found refuge in 1973. We will then take the road to Paksong and we will stop at the Tad Moun waterfalls for a picnic in road course. We will return to the hotel around 2 p.m. to replace the jeep with a minivan. We will drive to Champasak and on the way visit the colorful market of Tha Teng and the traditional villages of Ban Bong Neua (Alak village) and Ban Kokphung (Katu village) whose specificity is to keep the coffins under the houses. We will arrive in Champasak at the end of the afternoon. Overnight in Champasak.

After breakfast, you will visit Wat Phou, an ancient Khmer religious complex dating back to the 5th century. Recognized by UNESCO as a World Heritage Site, Wat Phou is a spectacular pre-Angkorian temple set among the rice fields and waterways of southern Laos. The temple was built on three levels: on the bottom is concentrated the water tank and the walk, the second level contains quadrangular pavilions and dug galleries and the last level constitutes the sanctuary itself. The temple was built according to the rules of the Khmer Empire before the construction of the Angkor Wat temple. It was used as the most important economic and political center in the region and is still considered one of the most revered temples in Laos.

The small town of Champasak and its French colonial style offers a striking contrast with Wat Phou. We will continue our journey south stopping at the charming villages of Ban Nong Bune and Ban Kiet Ngong, located inside the National Protected Area of ​​Xe Pian. Upon our arrival, we will take an elephant ride (1h30) to Mount Phu Asa topped by an ancient citadel. You will have a panoramic view of the still intact region of Dong Houa Sao and the Mekong Valley. We will then go to the King Fisher Ecolodge for the night.

In the morning, we will leave further south from Ban Nakasang to take a small boat to the 4000 Islands region and explore the peaceful village of Ban Khone where you will see many relics of the French colonial era. We will go back in the footsteps of this colonial past with the old period buildings and the remains of the first train station in Laos and its locomotive. We will continue our discovery of the 4000 islands by tuk tuk and visit the magnificent Liphi waterfall also called the "Devil's Corridor", one of the most beautiful waterfalls marking the border with Cambodia. If you're lucky, you might even spot an Irrawaddy dolphin in Ban Hang Khone.

The rest of the day will be free. Overnight on Khone Island.

After breakfast, we will take the boat back to Ban Nakasang. From there, we will head south to visit Khone Phapheng which is considered the largest waterfall by volume in Southeast Asia. It is an impressive site near the Cambodian border in a region that is still wild, which therefore makes it one of the most extraordinary destinations in Laos.

After that, we will return to Champasak, and take the boat to Don Daeng, to reach your La Folie Lodge hotel. The rest of the day will be free.

You will be free to explore the island at your leisure before your transfer to Pakse to catch your departure flight.

The hotels offered by Horizon Vietnam Travel are classified from 02 to 05 stars at the international standard, and comfortable with all the required services.

+ Standard Category: 2 stars. The rooms are correct, clean, and equipped with a bathroom, satellite television, and air conditioning.

+ Superior category 3 stars. The rooms are generally spacious, and the services and facilities are more numerous.

+ First class category: 4 stars. The rooms are luxurious and spacious and have a wide choice of quality services.

+ Deluxe Category: 4-5 stars. Hotels are of excellent comfort and have a wide range of excellent services. (swimming pool, spa, jacuzzi…).

+ On the other hand, we have developed fair tourism, through contact with the local population, the possibility of sleeping with the locals and sharing their daily life. The conditions of these accommodations that we offer you are well insured and with the best possible conditions.

Horizon Vietnam Travel gives you an estimated price per person on our website for the group of six people in low season with standard 2 and 3-star hotels.

The price of this trip varies according to the services chosen (category of accommodation, activities during the trip,...), the tourist seasonality of the year (Christmas and end of year holiday, Lunar New Year holiday in Vietnam), the booking delays and especially the number of participants of your group you wish to travel with.

Please note that Horizon Vietnam Travel only organizes private "tailor-made" trips for groups from 2 persons. We generally propose an offer including all the services on the spot from your arrival until your departure.

Depending on your wishes and your budget, this tour can be adapted and modified in terms of duration, content and departure date.

HORIZON VIETNAM TRAVEL calculates its prices as closely as possible in order to guarantee you the best price/quality ratio.

Our advice: the earlier you book, the better your chances of getting good rates, especially for air services, think about it!

Note: The price of international flights is not included in this estimate.

Please note that this tour is only a first draft and you can also customize it according to your wishes. We remain at your disposal to build your trip perfectly to your expectations and your budget

To obtain a detailed and personalized estimate, please contact us to request an estimate.

Related to the trips you watched 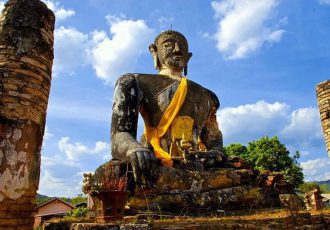 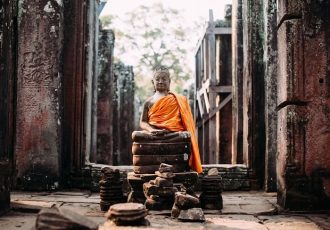 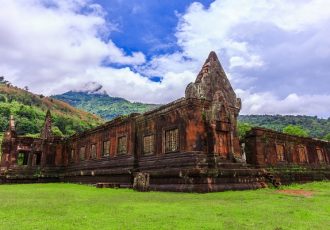 Richness of Laos Culture in 8 days

Southern Laos into the Wild 6 days