Sapa is not only interesting for its natural beauty and terraced rice fields. It also captivates the hearts of visitors with iconic festivals often derived from fun and daring ethnic traditions. So let’s discover the most impressive festivals. A privileged opportunity to discover Sapa

It is a festival of the Red Dao ethnic living in Giang Ta Chai (Ta Van – Sapa). In the past, the Red Dao people held Nhan Song festivals in the forbidden forest of their village to pray for favorable weather conditions on the good days in the first lunar month. The offering of the festival is a pig (small or big depending on the number of people participating in the festival). The pig is brought up by each household in the village. This is an interesting and exciting tribal festival for visitors. You will see many delegations marching and wearing traditionals costumes on streets. 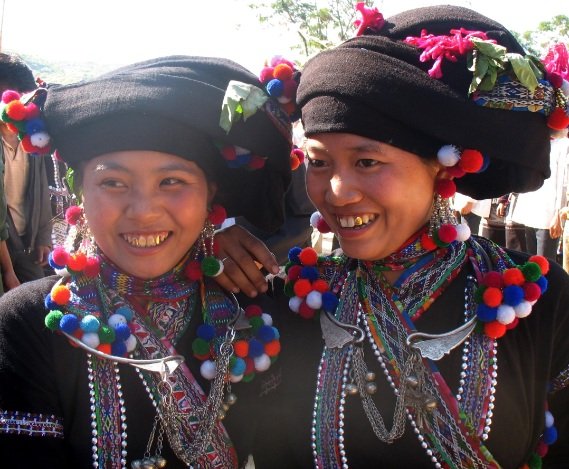 The Gau Tao festival is not only the biggest but also the most lively festival of the H’mong ethnic group in Sapa. The Gau Tao festival is known as the most characteristic and typical of the H’mong group. This festival takes place from the first to 15th, January (according to the Vietnamese lunar calendar). During the festival, H’mong people pray for good weather and harvest, and also give thanks to God and ancestors. All of them from all villages gather on a flat land to celebrate the New Year and participate in many exciting activities. 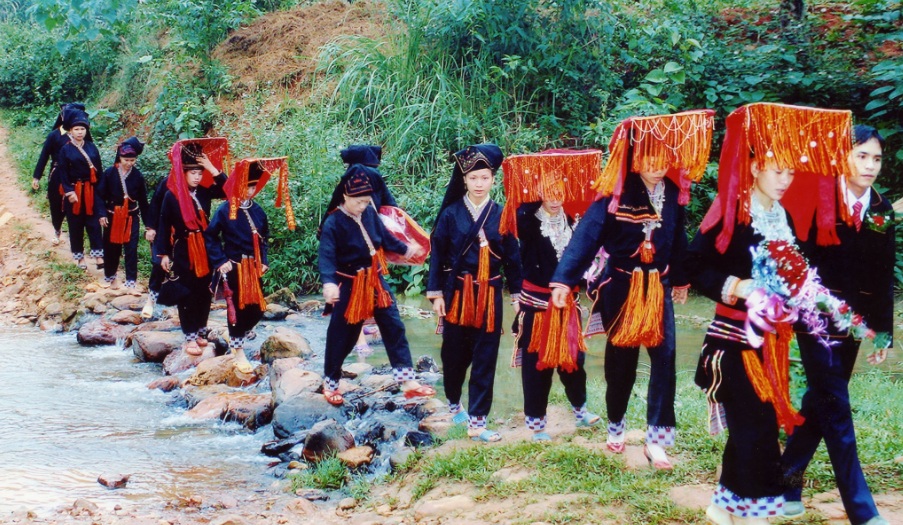 Tet Nhay is an important festival of Dao ethnic people in Ta Van village near Sapa. It is a tribal festival to celebrate the New Year. “Tet” means new year, “Nhay” means dance, because it is organized on the first day of the year, and there are many different dances in this festival. The purpose of this festival is to give thanks to the ancestors and prepare to make New Year’s wishes. They do rituals, dance, cook, eat, and play games continuously for several days.

Every year, in June of the lunar calendar, ethnic groups in Muong Hoa Valley such as H’mong, Dap, Day gather in a temple in Ta Van to hold the Nao Cong festival. Each family delegates one person to participate in this event.

There are 3 main exciting parts which are the God worship ritual, the announcement of the general regulations of the regions and the last one is the dinner. It is a very interesting cultural activity in Sapa that attracts many visitors. 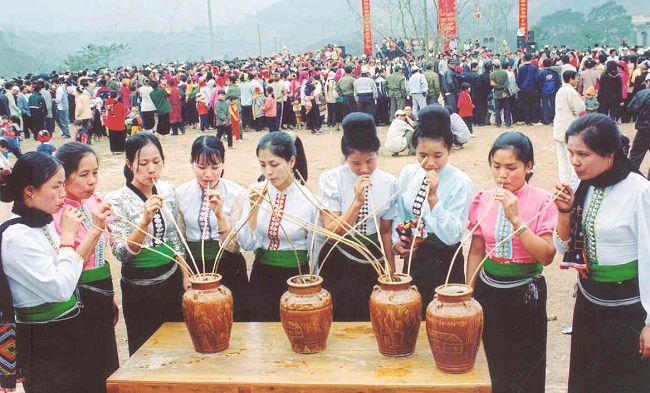 The Long Tong festival is often called the “going to the field” festival, it is organized at the beginning of the lunar year, on the fourth day. It is a festival of the Tay ethnic group. Similarly to most ceremonies, the religious activities include praying for good weather, lush trees, good crops, prosperous life.

The ceremony involves solemn rituals and entertainment. Many young people and children join in joyful games such as nem con tug-of-war, cockfighting with banana inflorescences and buffalo fighting with asparagus. The festival is also the place where old people make friends and, for young people, seek their love.

In February of the lunar calendar, the Xa Pho ethnic group in Sapa holds the Quet Lang Festival to wish a safe, healthy and rich new year for the villagers.

Everyone takes a bowl of rice, a chicken, money, two bars of incense and a bottle of wine to join the festival. During the festival, the man will cook dishes by animals’s meat that is offered to him, and the shaman holds the knife or the tree branches go around the village. After all the rituals, all the villagers can eat all the food, but cannot take away. They also do not allow any stranger to come to the village for 3 days, to avoid bad things coming to the village in the New Year. 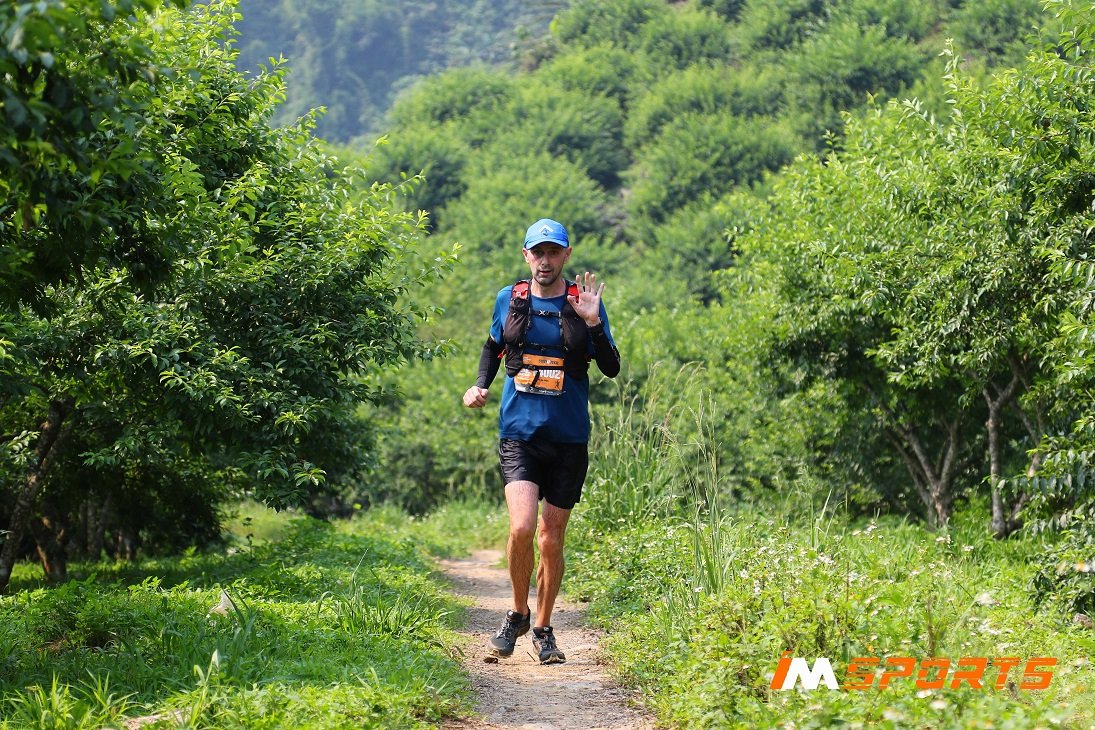 If you are interested in running in Vietnam you will enjoy this event. The race is traditionally held in September. The Vietnam Mountain Marathon is the result of a long time love for running and a fascination for Vietnam. Our beautiful route will take you through the inspiring mountain range of Hoang Lien National Park and its remote valleys near Sapa that are usually closed territory to all but a few.

Run among villages, through rice terraces, across bamboo bridges and water buffaloes and the cheers of ethnic minorities. Get ready for an extraordinary adventure!

Another trail race not far from Sapa. The event takes place in June. With this new edition of VMM Nam Cang, it is proposed different trails from Sapa, leading from high mountains to the remote and little visited village of Nam Cang. Those who tackle the 52 km and 32 km will also run some of the brand new VMM 160 km trails!

The ultra route includes everything from high mountain trails to small paths and side roads through ethnic minority villages and majestic rice terraces. The terrain of the ultra-route is extremely varied, while the 12 km is an excellent introduction to the mountains. 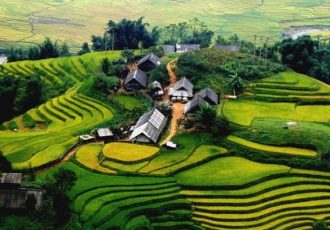