The history of Vietnamese ceramics is as old as the Vietnamese civilization, which appeared very early as one of the first products of the peoples in this territory. Archaeological research and excavations of ancient tombs have uncovered many objects of common use in ceramics, from the North to the South of the country. With the help of know-how perpetuated for thousands of years already and a strong identity consciousness always put to the test by external competitions, Vietnam’s ceramic products have reached a level of aesthetics and have forged a style that makes them stand out from the products of other neighbouring countries, such as those from China. It is thanks to the perfect mastery of manufacturing, decoration and cooking techniques that the Vietnamese potter can cultivate his imagination. If we see constraints to painting, we also see the appearance of increasingly sophisticated drawings as well as a variety of pigments, an eruption of original shapes and decorations that testify to a sense of imagination and enormous creativity. 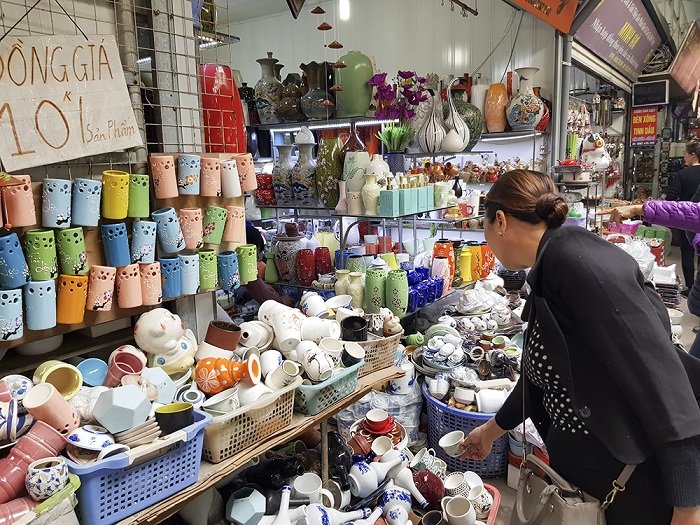 It is also noted that Vietnamese ceramics are not subject to any Western influence. Vietnamese craftsmen have ingeniously adapted some Chinese motifs to the Vietnamese style, more playful and marked by greater spontaneity: the Chinese goldfish thus becoming a ca bong – a Vietnamese freshwater fish. Ceramic products, therefore, deserve to be one of the most representative products of the Vietnamese soul, such as the art of water puppetry, such as the popular Cheo theatre, the Ao Dai, or the musical instrument Dan Bau.

It has been established through archaeological excavations that the first ceramic objects dated from about 10,000 years ago and that the Red River Delta is the largest cradle of Vietnam’s ceramic craft comparable to any ceramic production centre in other neighbouring countries. From the beginning of their civilization some 2000 years ago, the Viets, for example, possessed an enamelling recipe that is not found anywhere else, which allowed them to have products enameled with a very particular ivory colour, while Chinese ceramic products were enameled with a soft brown.

The period of more than 1000 years under Chinese rule overshadowed the development of this activity in Vietnam, because of the massive arrival of low-cost ceramic products from China. However, as soon as the Vietnamese regained their independence, around the 10th century the emergence of the Ly dynasty was strongly inspired by Buddhist ideas. Vietnamese ceramics have regained their vitality. The ceramic and pottery products of this period, by their very free creative style, of rich Buddhist inspiration, have become a reference for aesthetics. Ceramic products dating from this period and products reproduced in this style are still sought after by collectors. At the Museum of National History of Vietnam, ceramic objects dating from the reign of the Ly are present in large quantities.

After the period of the reign of the Ly, Vietnamese ceramics continued their rise. In the 17th century, thanks to the opening of trading ports to foreign traders, the reputation of Vietnamese ceramic products went beyond the country’s borders. If the Japanese were also able to develop a fairly well-known ceramic production called Kotchi, it was in the North of Vietnam that they learned the techniques. The word “Kotchi” is even a derivation of the word Giao Chi – an ancient word used by the Chinese to refer to Vietnamese territory.

From The North to the South of Vietnam, each region has developed its own productions leaving a typical regional stamp on its products. North Vietnam is proud of its two very famous production centres namely Chu Dau in Hai Duong and bat Trang village on the outskirts of Hanoi. If the productions in Bat Trang have recently multiplied to adapt to the very diverse needs of the markets, Chu Dau, on the other hand, makes a great effort to keep a certain nobility in its products. Chu Dau’s products are also very varied in terms of models. The South also has a ceramic production centre in Bien Hoa, which, since the beginning of the last century, has evolved by learning new Western techniques and renewing models. Bien Hoa’s products continue to seduce customers from all corners today. The province of Ninh Thuan still perpetuates the pottery craft of the Chams, known as Bau Truc. Bau Truc’s products are entirely modelled by hand, especially by women’s hands, with very rudimentary tools to create bas-reliefs with very fine patterns and full of femininity.

For all its historical and cultural values, the Vietnamese ceramic craft was highlighted recently, on the occasion of the Millennium celebration of the city of Hanoi in 2010. On this occasion, a ceramic fresco with a record length of 3.85 km was inaugurated. This very original monument that has been inscribed in the Guinness World Book is the result of a great work of 20 Vietnamese painters, 100 ceramic craftsmen as well as hundreds of students, children, foreign artists, etc.

In addition, ceramic products represent an export turnover of more than 600 million dollars or 15% of the country’s total export value. Throughout the country, 14 ceramic villages remain very active thanks to a growing enthusiasm for these products. For Vietnamese or foreign tourists, a Vietnamese ceramic product is always a popular gift. Some models of high-end ceramic products are exclusively reserved for the decoration of living rooms, thus becoming objects of art, such as very high and richly decorated jars. The villages of ceramists often offered to tourists are Bat Trang or Phu Lang or Dong Trieu in the North, Bau Truc in the Center, Bien Hoa in the South, etc.

We now invite you to discover Vietnamese ceramics in video! 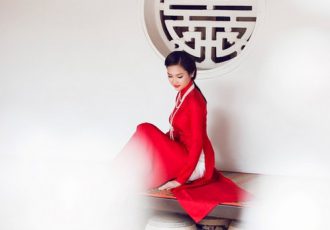 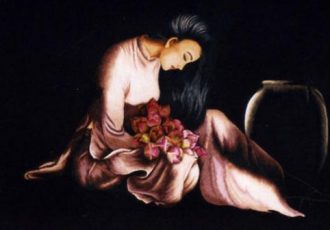 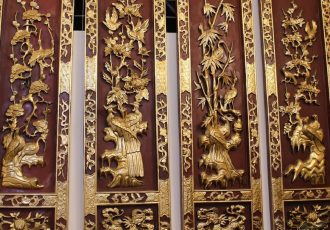