Home Culture The Vietnameses Yoga and meditation in Vietnam

Yoga and meditation in Vietnam

Yoga and meditation in Vietnam is a mind and body practice with a 5000-year history in ancient Indian philosophy. Different styles of yoga combine physical postures, breathing techniques and meditation or relaxation.

In recent years, it has become popular as a form of physical exercise based on poses that promote better control of the mind and body and improve well-being. Thanks to these benefits, yoga is becoming more and more known all over the world, including in Vietnam. 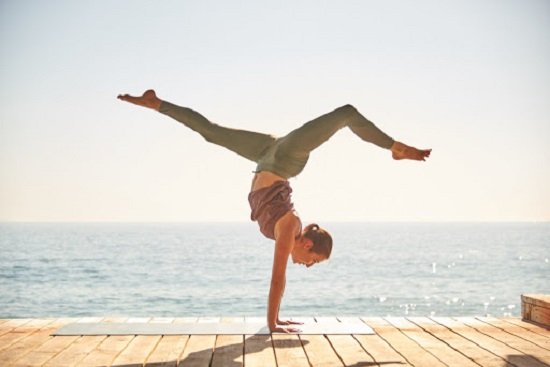 The remedy for body and mind

Yoga appeared in Vietnam more than 20 years ago, so the first generation that practised this sport was middle-aged people. Therefore, in the minds of many young people, yoga is gentle gymnastics for middle-aged people who cannot exercise vigorously. However, in the last few days, yoga is becoming more and more popular among young people as a miraculous remedy that can change the spiritual and physical life of the practitioner through physical exercises leading to self-control.

Over thousands of years of development, the world of yoga is diversified and is divided into 14 different types of yoga to adapt to the state and needs of each person.

The world currently has 14 types of yoga, but in Vietnam, only 8 practices have greatly developed and can be found in almost all yoga rooms.

In this article, Horizon Vietnam Travel introduces you to 8 popular yoga styles in Vietnam with movement photos from each yoga school.

Hatha yoga is gentle and suitable for beginners or those who master yoga and need relaxation. In this type, we will learn basic yoga, breathing exercises, relaxation techniques and meditation. 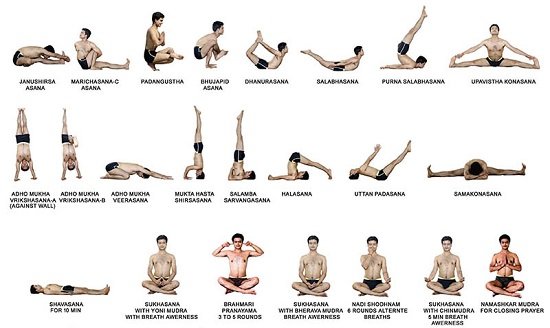 In India, the word “vinyasa” means “connection”. Each movement is coordinated in rhythm with each inhalation, exhalation, and connection of the movement to greet the sun, warrior, balance, lean back and stretch in a sitting position. Each “vinyasa” workout will end with a rest pose.

Iyengar yoga is a school based on unity. Yoga poses in Iyenga are kept longer. At the same time, after each breath, he forced the movement a little deeper. The most special feature of Iyengar yoga is that we will practice the movements simultaneously with support accessories such as mats, yoga bricks, straps … The purpose of these accessories allows Yogi to perform poses more accurately while minimizing the risk of injury. 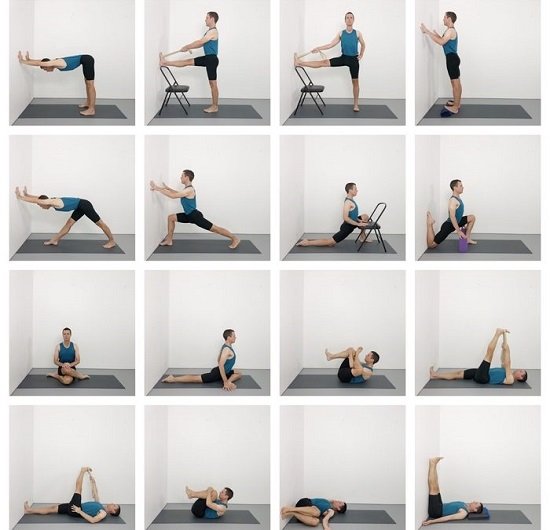 The Bikram yoga developed by Mr. Bikram Choudhury includes 26 yoga poses performed in order that must be strictly followed. Bikram (hot yoga) is a type of yoga practised in rooms with a temperature of about 37-38 degrees C.

By doing Bikram yoga at this temperature, we will eliminate toxins and increase heart rate, blood circulation, and muscle flexibility. 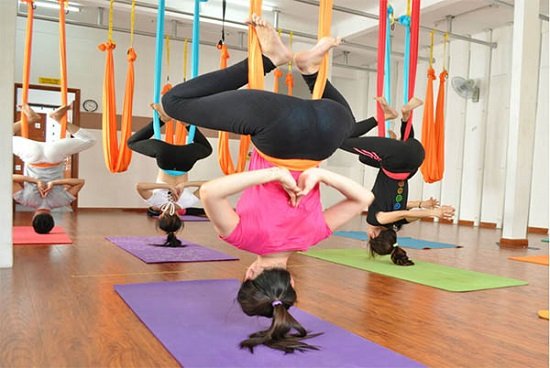 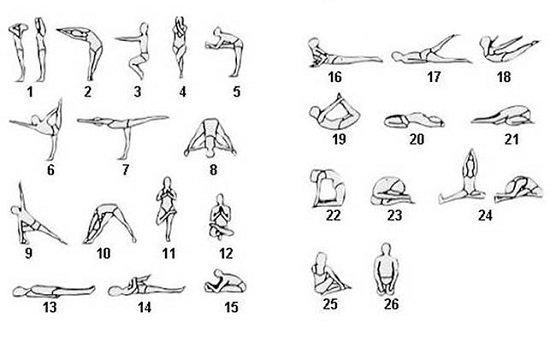 It’s similar to Vinyasa yoga, Ashtanga yoga also combines breathing and movement. However, in Ashtanga, the order of the exercises will be predefined. 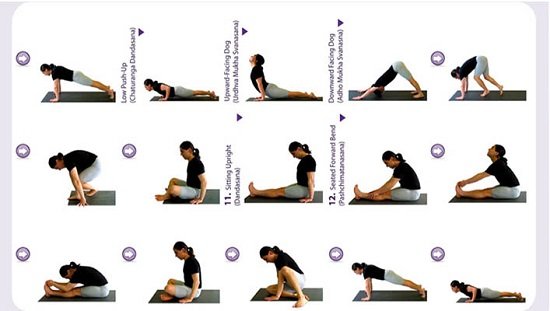 Gentle yoga is a combination of slow and simple postures, but, it has a profound effect on the muscular and skeletal systems. This is a basic, light and relaxing course, so it is very suitable for beginners, but it is just as important for those who have experience in practising the protection of the body from injuries concerning muscles and bones. 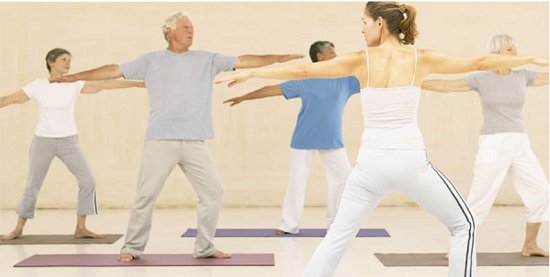 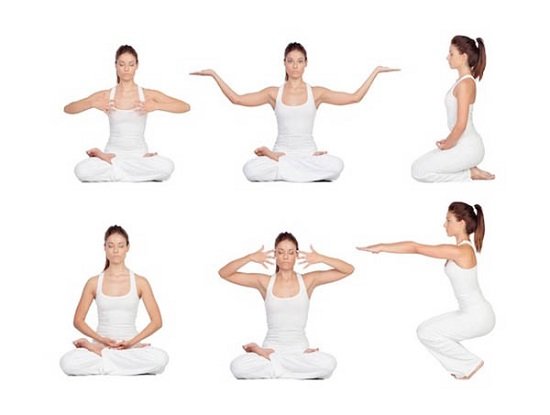 For this school, the postures are maintained for a long time about 5 minutes/posture. With this time, experts believe that it will put pressure on the connective tissue, and increase circulation and endurance.

Yin yoga practise exercises help cultivate a state of calm and tranquillity in the body. When the workout is over, the nervous system is returned to its original state, helping to activate sympathetic “rest and digestive” reactions, bringing peace and therapeutic effect. 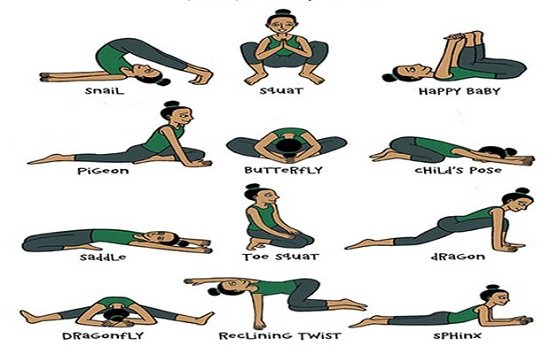 History of meditation in Vietnam

To speak of meditation / Zen in Vietnam, it should be noted that it has existed here for a very long time. With the arrival of Buddhism in Vietnam, meditation first appeared, more than 2000 years ago. From the past to today, meditation in Vietnam has 5 schools: Vinitaruci, Vô Môn Thông (wu han zhong), Thảo Đường (Yumen school), Trúc Lâm, lâm tế (linji) and Caodong school.

The first 3 schools disappeared in the year 1100-1300. Linji and Caodong came to Vietnam in the 17th century. Linij came to both the north and south of Vietnam, while Caodong has just arrived only in the north of Vietnam. The lineage of Trúc Lâm, created by King Trần Nhân Tông, experienced its most flourishing period during the Tran Dynasty, around the 13th-14th century.

In the past, only monks and practitioners of Buddhism experimented with meditation. However, today, meditation is becoming more accessible to people than before, especially in the form of a spiritual practice. People can easily practice meditation through the practice classes in yoga centres or they can also participate in Zen classes, organized by different pagodas and Zen monasteries throughout Vietnam. 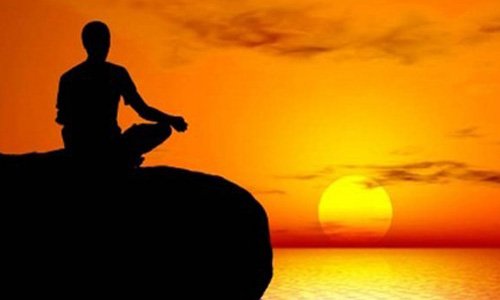 Below, we offer some centres offering yoga and meditation in Vietnam as well as Zen monasteries and pagodas offering meditation classes:

The Truc Lam Zen monastery system includes facilities throughout the country, including the one in the city of Da Lat in southern Vietnam, about 300 km from Ho Chi Minh City.

The Truc Lam Zen Da Lat Monastery is located in height and has been famous for its climate and peaceful landscapes since the time when Vietnam was a French colony. It is one of the largest centres of Study of Zen meditation in Vietnam, with an equally large number of nuns and monks. The centre is not only popular locally but also among Vietnamese abroad for meditation studies. The centre is under the teaching of Venerable Thich Thanh Tu, a renowned teacher of meditation for many decades. The Venerable’s teachings and lectures are adopted, practised and disseminated in many forms of media around the world by Vietnamese Buddhists.

Vipassana meditation is an organization offering high-quality meditation classes, with three major facilities throughout Vietnam. In this centre, people practice Vipassana, one of the oldest meditation techniques in India. In fact, the whole practice is mental training. Just as we use physical exercises to improve our body health, Vipassana can be used to develop a healthy mind. This technique aims at the total eradication of mental impurities and the creation of happiness, resulting from full liberation. The centre often offers ten-day courses. It is a question of the participants living 10 days in an environment with optimized material conditions, finally to better concentrate on meditation.

In addition, meditation classes organized by yoga centres are also a choice for everyone. Because they are flexible stockings courses, therefore, people should not take too long to follow them, and the course times are favourable for employees and participants of all ages.

We hope this article has enlightened you about yoga and meditation in Vietnam. In any case, if you need advice, are looking for a place to practice, or want to organize a Yoga stay in Vietnam, we will be happy to help you! 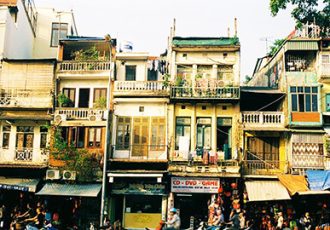