It’s Monday, September 16th, it’s 5:00 am and our alarm clock has just sounded.
After a short night, opening your eyes is the first big challenge of the morning.
The hotel doesn’t have a kitchen, so it’s on the street that we’re looking for a street vendor to buy some rice and bread for breakfast.
The road that leads us to the village of Lao, where Bau carries out his projects, is winding, dangerous…
On our right, the vehicle skims the mountain. On our left, the wheels skim the void and its hundreds of meters of difference in level.
After an hour of small mountain roads, we finally arrive in the village of Lao and it is in the house of the village chief that Bau takes stock of his projects. 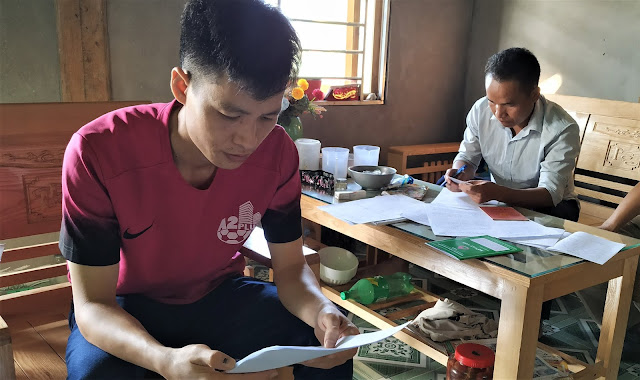 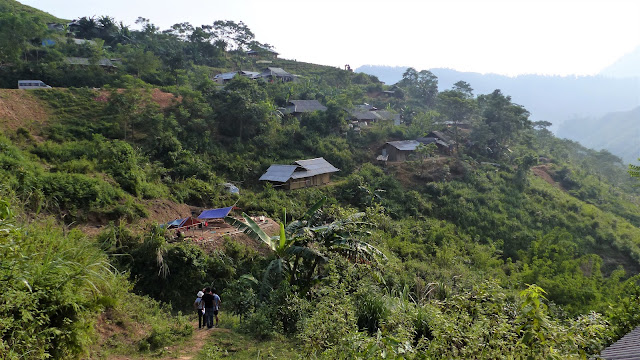 It was thanks to some hikers that Bau discovered this isolated village which was suffering from great poverty.
So he contacted the village chief and on 11 August, he and his employees went to bring a batch of food (rice, noodles, salt, oil) to 82 families in great difficulty. 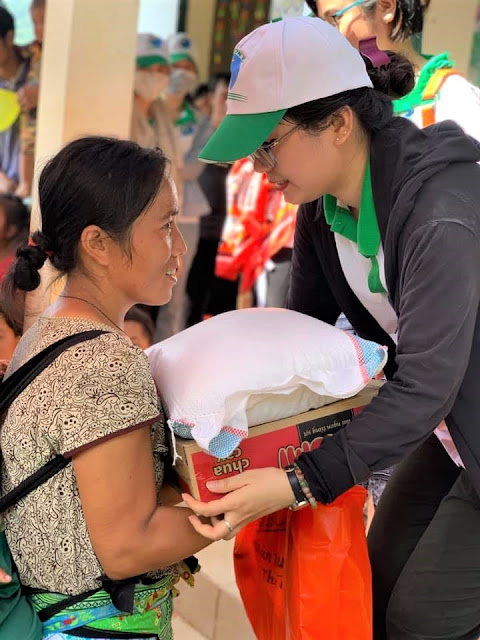 It also financed the construction of a canteen in the village school and gave each child a toy, a pair of flip-flops, a school bag and school supplies for the whole year. 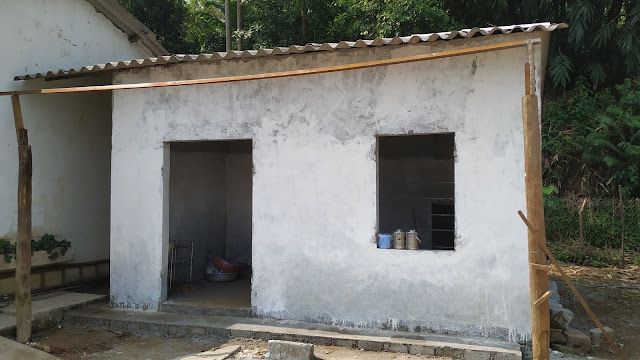 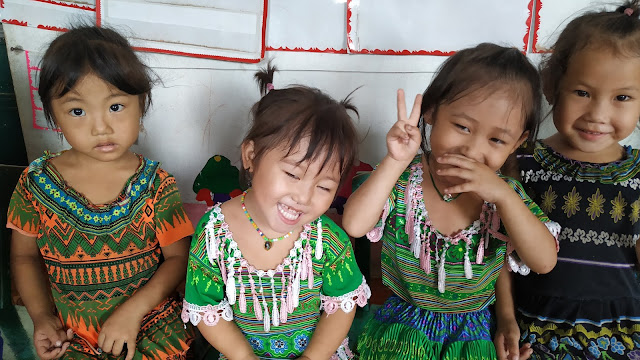 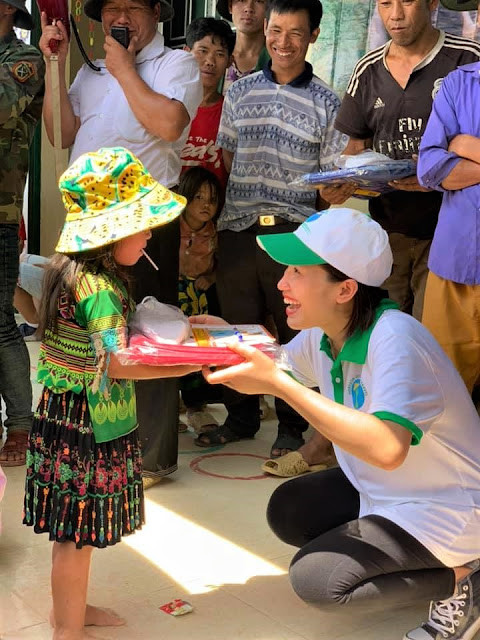 During his stay in Lao, Bau was struck by the particularly precarious housing conditions.
Faced with this situation, he decided to build 4 houses to relocate families with great difficulty.
The first family that Bau chose to rehouse was that of Mr and Mrs Chao. 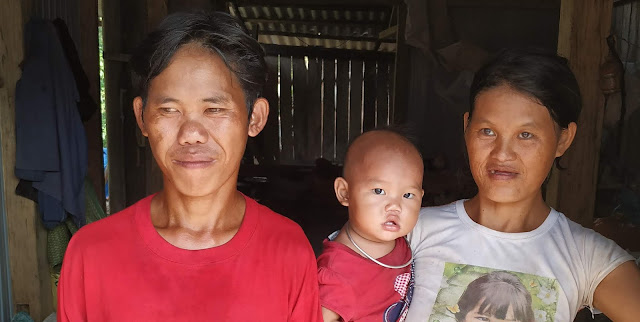 Mr. and Mrs. Chao are deaf mute and parents of 4 young children.
Despite their very young age, life did not spare them and Bau was struck by the traces left on their faces by the hardships they went through.
The small rice field they farm does not allow them to feed the whole family, so they just eat maize and cassava for a good part of the year.
When Bau met them, the structure of their house was in danger of collapsing and the rice straw roof was very damaged.
They lived without any convenience and slept at 6 in the bed that Mr. Chao had made. 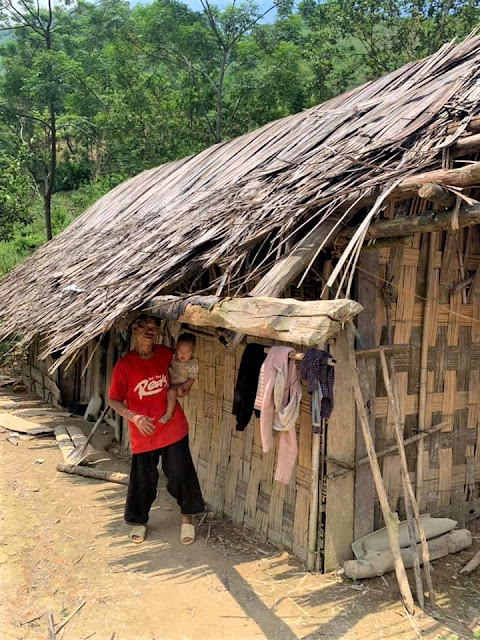 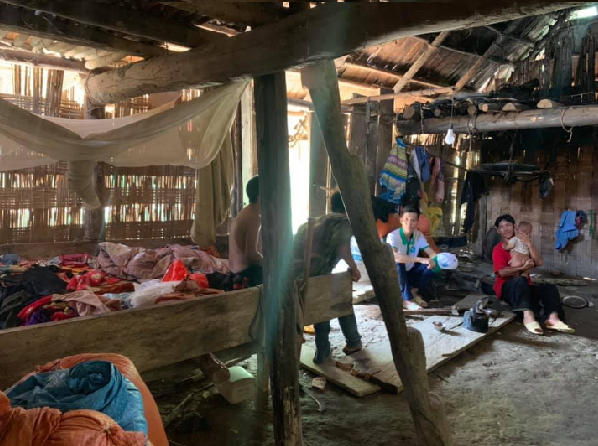 Mr. Chao’s dream was to provide a more comfortable home for his family, but with the 4,000,000VND (150€) he had spent many years saving, he was far from having the budget to carry out his project.
Knowing that the Vietnamese government allowed Hmong families to collect the wood needed to build their house from the forest, Bau thought that if the whole village mobilised on the construction site, 15,000,000VND (580€) would be enough to buy the sheet metal and concrete to complete the construction.
At Bau’s request, the village chief agreed to become his site manager.Mr. Chao signed a contract to build his new house within 2 months and Bau gave him half of the budget. 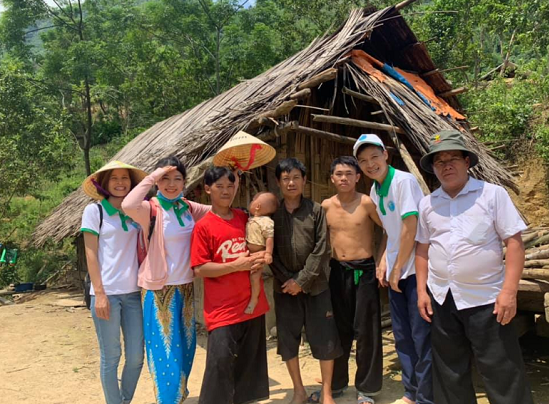 When we arrived at the village, we visited Mr. and Mrs. Chao whose house was, in just one month, almost finished.

It was a particularly happy couple that we met. 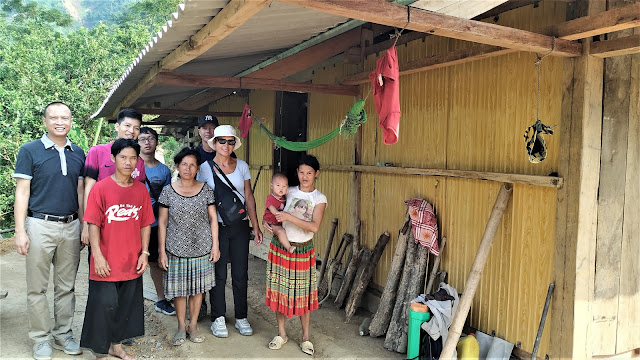 As Mr. Chao had respected the contract he had signed, Bau gave him the last part of the budget.
The construction of this house by professionals would have cost Mr. Chao VND 90,000,000 or €3,460.
By collecting wood from the forest, asking the villagers to help him and the village chief to manage the construction site, Bau divided the budget by 6, allowing Mr. Chao and his family to be relocated 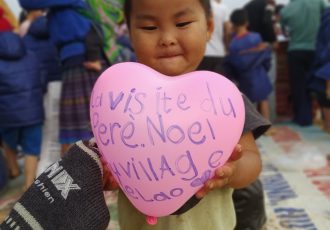 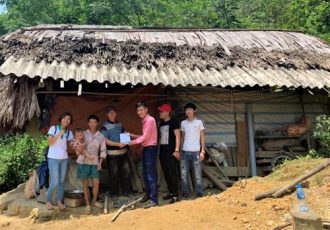 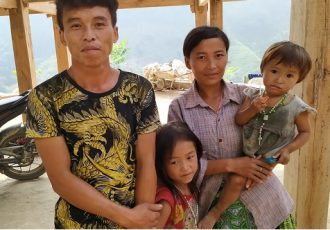