Home A Piece Of History

If we can learn many things about the history of Hanoi through its myths and legends, which are very numerous moreover, the sites and monuments can also tell in their own way, of the various historical chapters of this land of a particular position and role, which was chosen on several occasions as an administrative and political center, either by the Vietnamese or by their conquerors, but which was also very often prey to the temptations of invasion and was at times very multiple the scene of fierce and decisive battles.

The history of Hanoi is marked by the following landmarks: 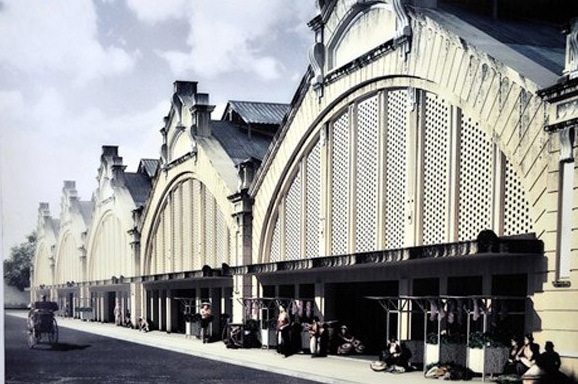 Co Loa in the suburbs of present-day Hanoi was the capital of the Au Lac kingdom composed of Viet tribes (258 BC-206 BC) (Au Lac and Van Lang which preceded it were the first two Viet kingdoms in their history).

– Around the middle of the 5th century AD

Under the Chinese protectorate, on the site of present-day Hanoi, there was a small town called Tong Binh. Around 545, Ly Bon, leader of a popular uprising, erected a wooden citadel to resist enemy troops. At the beginning of a brief period of independence, he also had a pagoda built, then called Khai Quoc – Foundation of the Fatherland. It is now Tran Quoc-Homeland Defense Pagoda located on Goldfish Island on the largest lake in Hanoi-West Lake. Historically, it is considered the oldest pagoda in Hanoi despite its many restorations and displacement.

Reoccupied by the Chinese, Tong Binh became the capital of Kiat Chie (Giao Chi) – a prefecture placed under the Chinese protectorate. A new citadel with 6km long peripheral ramparts was also erected there. It was the La Thanh citadel renamed later in the 9th century Dai La.

Hanoi ceased to be a political center of the country because Hoa Lu located nearly 100 km south of Hanoi was chosen to install the capital of two powerful independent dynasties, that of King Dinh and that of the previous Le.

Hanoi was once again the political capital of Vietnam. King Ly Cong Uan-last king in Hoa Lu put on the throne by the high dignitaries of the royal court following the death of the last king Le without successors-decided to transfer the Vietnamese capital from Hoa Lu to Dai La-name of a citadel on the land of Hanoi. He later renamed Dai La with the name “Thang Long” meaning “Dragon taking flight”. This event opened a new era for Vietnam, but also that of an independent and powerful capital that will last for a long time. It is for this reason that 1010 is officially considered nowadays as the date of the foundation of the city of Hanoi. There are still today in Hanoi many vestiges dating from this period, such as the Temple of Literature in Hanoi, the site of the former imperial city with its foundations which have just been discovered during an archaeological dig, the Taoist temple Quan Thanh…

– Between the 12th century and the 19th century

Hanoi – then known as “Thang Long” – was home to many independent and powerful dynasties. However, the city has more than once fallen prey to foreign invasions: Mongols on three occasions, Minhs in the 15th century, Quings towards the end of the 18th century. Above all, after repelling the Minh troops in 1428, King Le posterior, recognized as a national hero, had a very devastating city rebuilt and many monuments which are still visible today were embellished.

following the choice of Hue in the center of the country as the political capital of a unified Vietnam after a long period of internal war, Gia Long, the first king of the Nguyen dynasty, decided to rename Thang Long with the name “Hanoi” meaning “city between the rivers”. This name exists to this day. So, between 1802 and 1945, Hanoi lost its role as the political capital of the country. However, during the period of colonization, the French made Hanoi the capital of French Indochina, which explains the appearance of many colonial monuments which are still visible today in the city center near the imperial city.

it was in Hanoi – the capital of the Democratic Republic of Vietnam that Ho Chi Minh proclaimed Vietnam’s independence. In 1946, Hanoi witnessed the return of French troops, fierce resistance and suffered much destruction. But the city center remained preserved on the whole and tourists, therefore, have the chance to visit many vestiges dating from the colonial era.

Hanoi was the capital of the Socialist Republic of Vietnam (as opposed to the pro-American Saigonese regime known as the “Republic of Vietnam”). The city has also suffered very intensive American bombardments on several occasions.

Hanoi was officially the political capital of Vietnam unified from North to South.

– After the political renewal started around 1986 and the opening of the country to the outside, Hanoi is modernizing at a very impressive speed, becoming more and more cosmopolitan. However, this city still retains its charm in the eyes of foreign tourists thanks to its old architectural monuments and its rich traditions and folklore heritage.