Hanoi and its old quarter of 36 trades have been ranked among the top 10 most attractive cities in the world. You might ask yourself these questions: “What are the attractions of this city? » or « What are the sites to see first when arriving in this city? “.

We have great pleasure in presenting to you below the top 10 sites not to be missed during your stays. 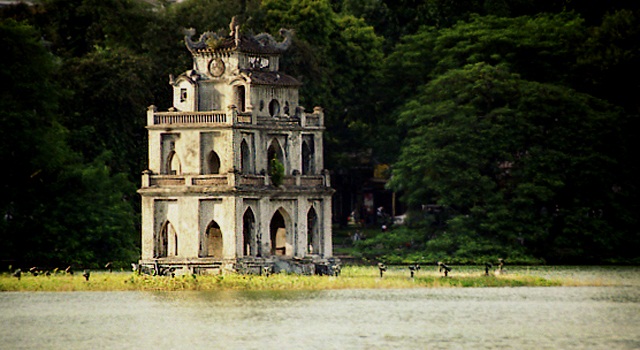 This very modest lake in the heart of Hanoi with its emerald color and lined with old trees is like a magic mirror in which everyone finds both the past and the present. It is a great connection point between the old shopping district of Hanoi and the new districts. If we refer to this ying-yang theory still influential in the ways of thinking of Asians, this green and serene lake is precisely the ying which absorbs all the din of modern life around, recharges everyone with vital energy at the dawn and rests his mind at dusk, gives the landscape dominated by old colonial-style buildings an oriental touch full of charm…. 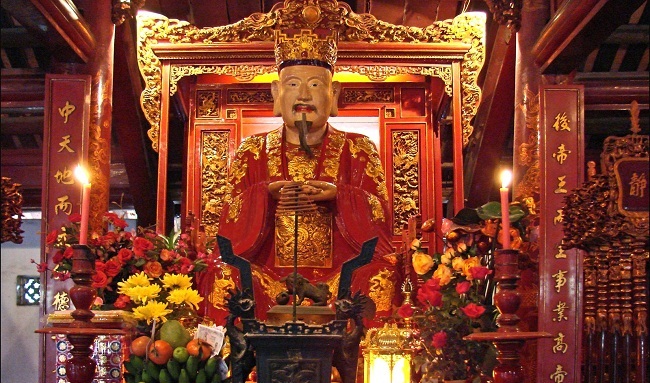 A rare heritage of old Hanoi that has survived through the vicissitudes of time. This very vast space occupied by a set of harmonious architectural elements in the typical oriental style and embellished by secular trees was for hundreds of years, from the beginnings of Hanoi in the 11th century, the site of the first national college of Vietnam. . This temple is full of corners and symbols of rare harmony: the Garden of stone stelae which immortalizes the names of more than 1,000 honorary doctors-titles of the winners of the most difficult mandarin competitions organized by the Royal Court, the Pavilion of the Constellation of Literature which has become an emblematic image of the city, the Lake of Celestial Clarity… Although the remains of the old college have disappeared, the altars dedicated to Confucus and the Vietnamese Grand Master Chu Van An still give off the scent of bagettes of incense. 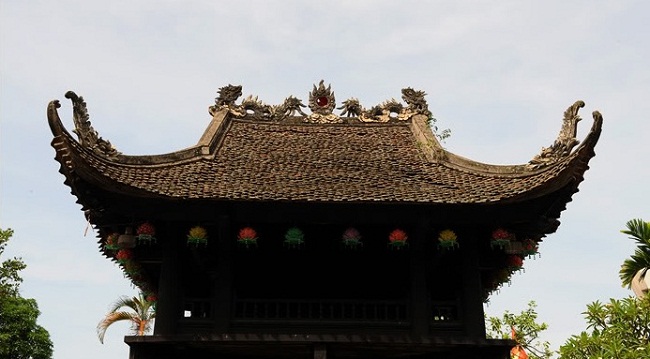 This small monument has an original style: an altar with curved roofs is supported by a single column (originally made of wood) raised in the middle of a small square lake; a small staircase connects the altar with the ground, allowing the Buddhist faithful to manifest their fervor towards the beloved Goddess Quan Am (Goddess of the consideration of sounds). It is said that it was this goddess who offered a male child to the second King Ly. This pagoda is one of the rare testimonies in Hanoi of the apogee of Vietnamese Buddhism under the reign of the Ly dynasty in the 11th century. 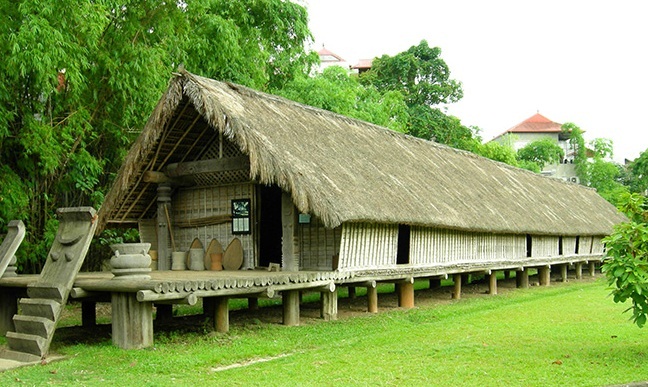 A modern but very nice museum dedicated to a variety of ethnic groups populating the Vietnamese territory from North to South. On the two-storey corridors around a large round hall, the visitor passes from one ethnic group to another, contemplating very lively authentic objects and images of people’s daily life: habitats and kitchens, crafts, costumes traditions, festivals and cults, production tools… Not to be missed: the garden behind the Museum dedicated to authentic models of traditional houses from the North to the South of the country 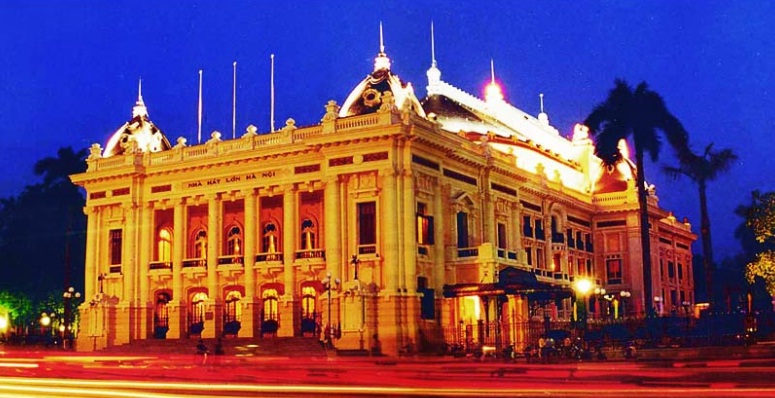 This heritage of French colonial architecture in downtown Hanoi keeps its beauty intact. It occupies a beautiful square preceded by one of the most beautiful streets in Hanoi: Trang Tien Street – the old Paul Bert Street. Started in 1901 and completed in 1910, the monument was inspired by the architecture of the Opéra Garnier in Paris. The Opera has a beautiful garden now occupied by a pretty café that invites visitors to take a break. 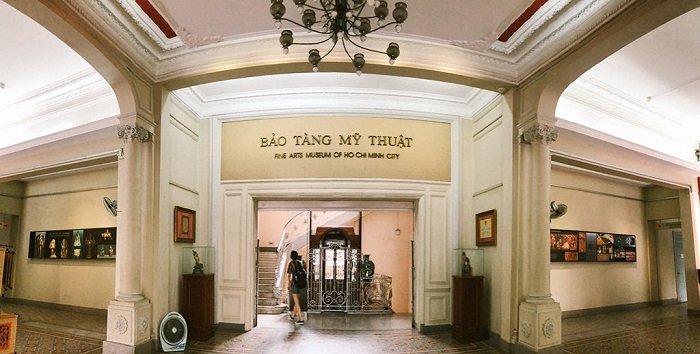 During the colonial era – often escapes the gaze of visitors. But in this three-storey building you can see the very complete collections representative of the very diverse arts of Vietnam: sculpture, paintings on lacquer, on silk, in oil, the plastic arts, the applied arts…. in the timeline. Moreover, if we are lucky, we would have the chance to see thematic exhibitions of contemporary artists which are regularly organized there. 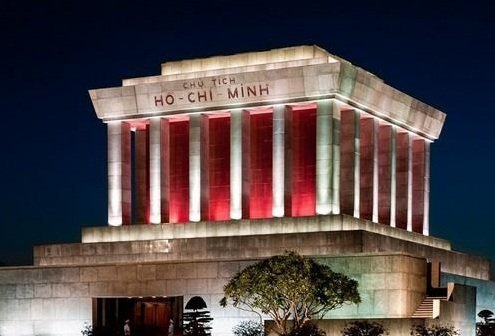 Ho Chi Minh is a proven figure of Vietnam in the past century and his Mausoleum was erected on the most beautiful square in the city: Ba Dinh Square. If the visits in the morning are well supervised because access to the room where the remains of Ho Chi Minh is exposed is authorized, you can absolutely come to this corner in the afternoon where you will be more peaceful. 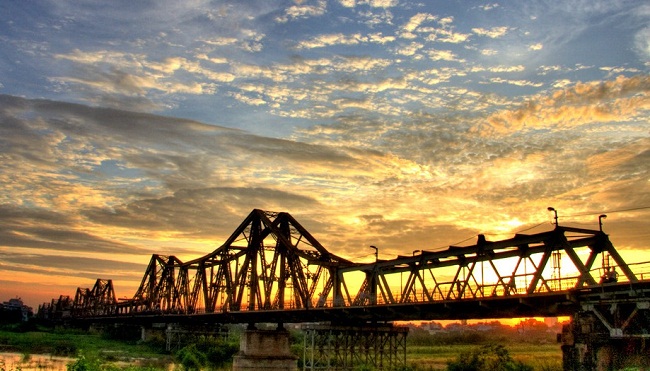 This pretty bridge-the prettiest under the time of French Indochina also often escapes the eyes of visitors. However, the ascent on this bridge now called Long Bien-a hyphen between the three centuries (completed in 1902) will offer you a very pleasant moment of relaxation. From this bridge, you will be able to see another very contrasting Hanoi compared to the nobility of old buildings, a very popular, very lively Hanoi, with a fruit market at its feet, incessant flows of traffic, a mixture of all kinds of vehicles… And if you arrive at the right time, you will have the chance to see a train pass over this metal structure which already seems quite old. It is not at all uncommon to see couples in love come here to look for decorations for their wedding photos! 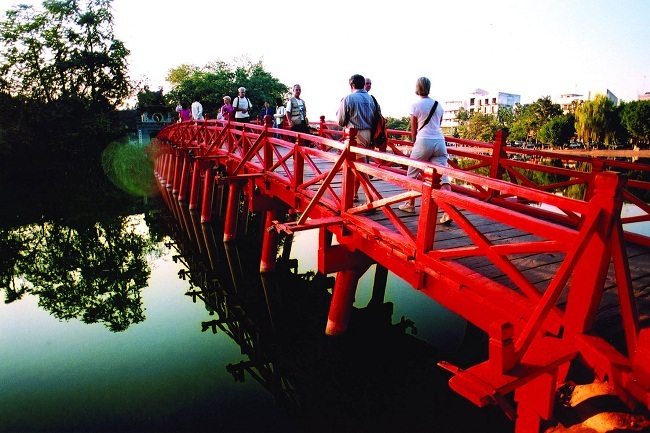 Ngoc Son Temple-Jade Mount Temple is located on a green islet in the northern part of Hoan Kiem Lake-Returned Sword Lake. The island is accessible by a pretty red bridge preceded by a few doors adorned with some typical Vietnamese symbols: frogs supporting ink writing, tigers, dragons, brush tower… All this creates a perfectly harmonious landscape with the surroundings which corresponds to the taste of Vietnamese aesthetics or the Vietnamese soul: water, a hill or a mound of earth occupied by a small temple whose entrance path, often very long, winds instead of running straight ….The visit of this temple is highly recommended, to know a little about the fervor of the Vietnamese for geniuses with very different origins! 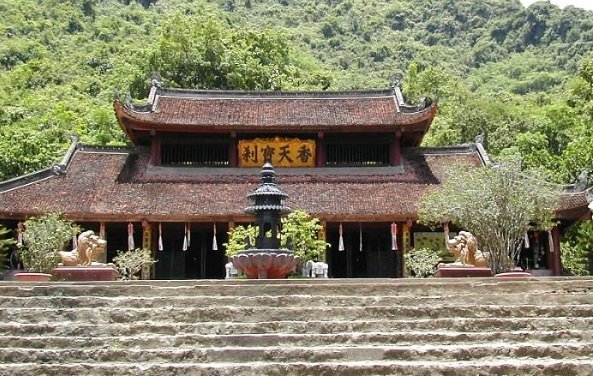 50 km from Hanoi, the Perfume Pagoda is hosted by a beautiful cave – Perfume Cave linked to a legend about a place of incarnation of the Goddess of Mercy. To achieve this, the pilgrim or visitor must first take a one-hour ride on a sampan on a river, then walk for two hours to the cave at the top. For those who are curious to know the Buddhist fervor of the Vietnamese, to discover a rural aspect of Vietnam and a rare beauty of nature, this site is highly recommended. 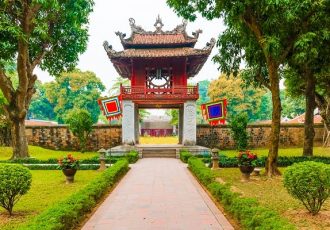 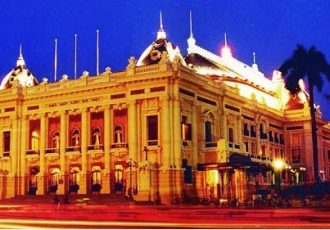 Although Hanoi and Saigon (Ho Chi Minh City) are popular destinations in Vietnam, if you…